First Day in the Place 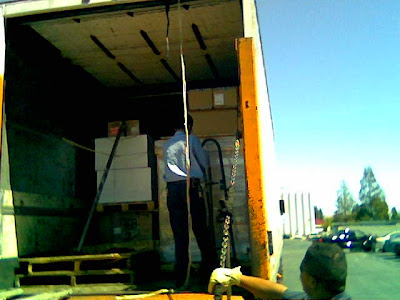 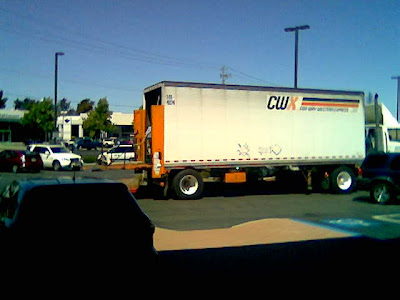 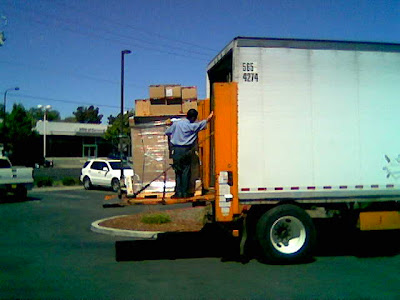 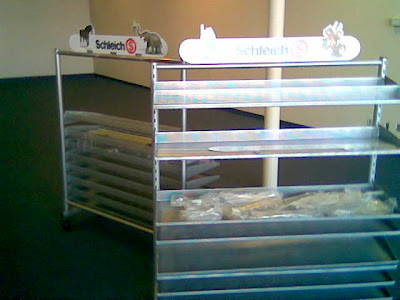 I spent the day at the new store, doing various odd jobs. I picked up several heavy duty shelving units at Costco for the storage area. Ryan has been installing them this afternoon.

The Schleich order showed up today, luckily while I was in the store. The photos are from that. I spent several hours unpacking the stuff. Our new employee Mike came by and I handed him off the receiving project as his first task in the job. It should take him 3-4 hours to process.

The phone company showed up to install the phone lines and the property management company couldn't figure out how to get them into the phone closet. Hopefully we will figure that one out soon.

ADT showed up and gave me an alarm estimate. No charge for the move over to the new place. We should have it installed by late next week.

My sign guy and his buddy are MIA and I'll be hunting for a new guy tomorrow.

The drink cooler arrived weeks early. I almost caved and bought the comfy black chairs when they offered a lower price. Unfortunately, they only had 20 left and I need 48. The cooler delivery is TBD, but they wanted to do it Wednesday (can't get someone to cover).

I work the WC store tomorrow, with Mike learning basic sales stuff and the POS system in the afternoon. He'll also be able to run over and let people in if a delivery should occur.
Posted by Gary Ray at Tuesday, September 04, 2007