It's been a long day, so some photos before bed. My camera settings got messed up while in my backpack so about half my photos are blurry. Here's what I was able to salvage: 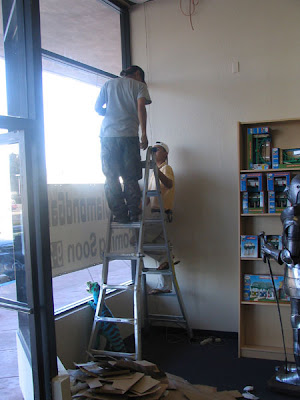 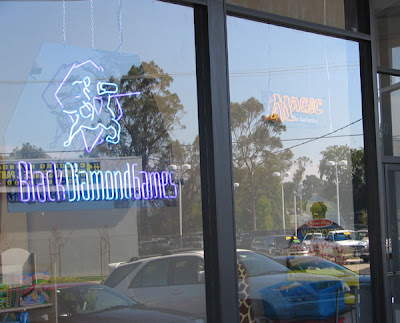 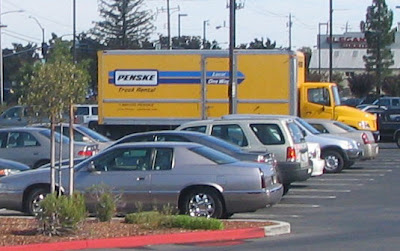 The Yellow Peril sitting in the parking lot. This is the massive truck I rented for the move. The guys at the rental yard wanted the weekend off, so they gave it to me for three days but only charged me for Sunday. It's a scary thing to drive with a manual five-speed transmission and giant proportions. 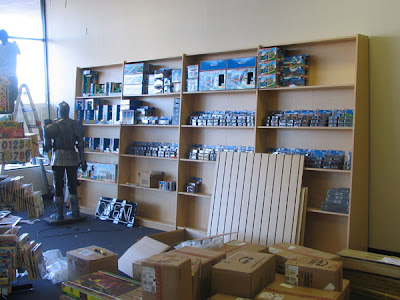 The Thomas Wood Railway stuff finally arrived. It's being staged here on the puzzle and board game shelves. We put the rack up in the afternoon and I should have a photo of it fully populated tomorrow. 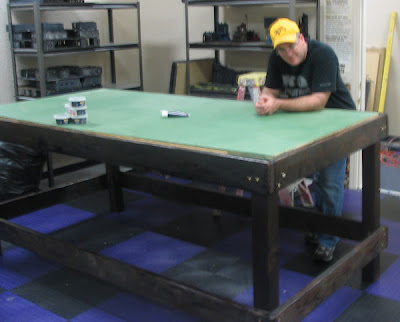 We took the Yellow Peril over to Griffin's house to pick up his second 4x8 table for the store. 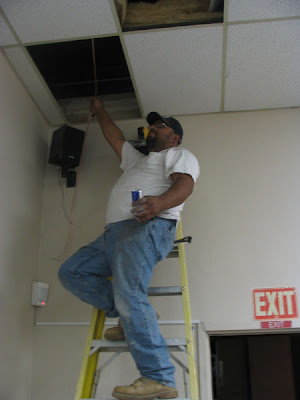 Dale in a Red Bull coma
Other stuff: