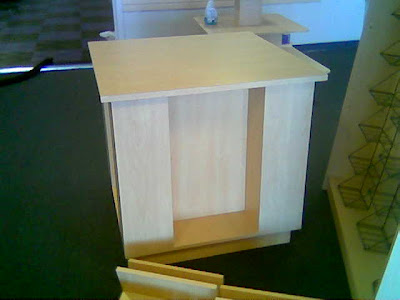 The day began with a delivery of this square display table and two triple tier magazine racks. The racks were bought for comics, but will likely end their days as RPG racks. 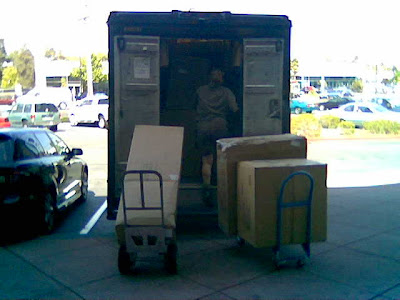 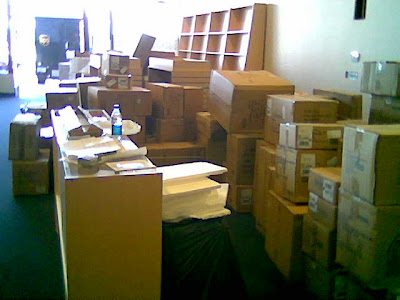 Following the fixture delivery, a UPS truck arrived, just for me. It contained 131 boxes of toys from Melissa & Doug. It filled the entire truck. 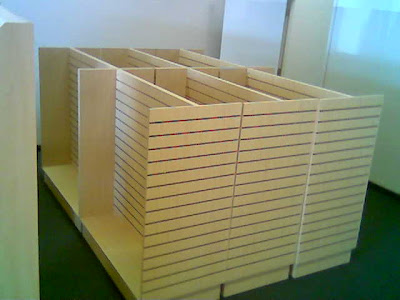 Girl with a truck dot com brought a bunch of stuff from my garage and stayed a while to help install the casters on the new gondolas. Mike finished most of them but she got them started. They're all finished. Isabella is doing well and showed up with a spankin new pickup. I met her months ago when she picked up my shipment of Race Deck from Paizo. She bravely gunned her truck up my forty-five degree driveway. 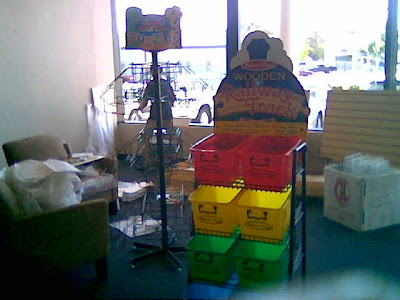 Here are a couple of new racks set up. The one on the left is for puzzles, while the one on the right is for train track. David, our Warmachine organizer, showed up and set up a train display on our new train table. R.J. worked on assembling a doll house. All the new racks and the train table were assembled by John.