I came in this morning to find the light switches working. Yeah! 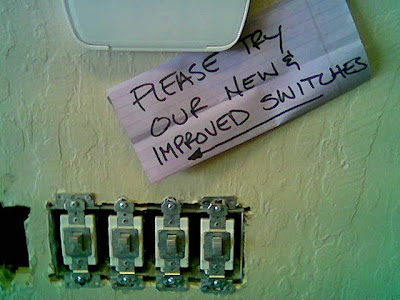 We laid out the gondolas and shelving for the toy and miniature sections. 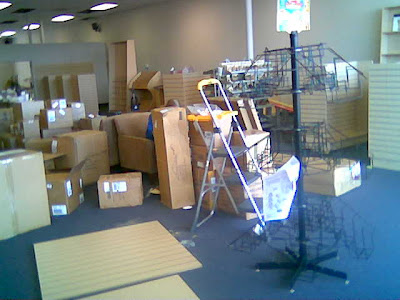 Then we opened and sorted the 130+ odd boxes from Melissa & Doug. Most of the items have been placed temporarily on the board game shelves, shown in the photo below. After they've been properly received and the labels affixed, we'll put them in the toy section we just set up. 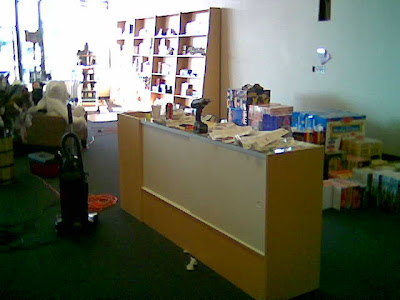 I didn't get a photo of it, but the local Games Workshop guys and regional rep brought over a van full of terrain and table tops. It was really more than we could ever have asked for and it was mighty nice of them to do it.

As I left tonight, the contractors were putting up the slatwall around the store. That's their big project this evening.
Posted by Gary Ray at Friday, September 14, 2007